A slick, self-aware romp through the world of international espionage, the punchy action and subversive wit of 2015’s Kingsman: The Secret Service proved difficult to resist for audiences the world over.

It’s no wonder that menswear brands have been queuing up for product placement deals in the inevitable sequel – it’s difficult to deny the film’s exquisite sense of style. The wardrobes of these globetrotting heroes, villains and henchmen were shot through with a sense of panache which was always impeccable but rarely took itself too seriously.

As Kingsman: The Golden Circle hits cinemas, promising just as much suave swagger as its predecessor, let us guide you through the sometimes treacherous territory of what might be called “elevated formalwear.” With a few minor adjustments, you too could appear as consummately dashing as any self-respecting international man of mystery.

The main character’s transformation in the first film is of course neatly summarised in a pacey make-over scene and the film espouses a truth which we hold to be universal – clothes really do maketh the man.

The key to Eggsy’s transformation lies in his sense of brash adventure, his journey to a more mature sense of sophistication and how he finds the balance which is right for his character.

Similarly, our flocked smoking jacket with its daring geometric design and contrast velvet lapel, has more than enough verve to work in even the glitziest circumstance but in a colour scheme which is guaranteed to keep you high on the best dressed list. For something more down to earth but with that all important vivacity, our midnight blue dinner suit would look just as good in a Monte Carlo casino as it would at your next black tie work engagement. With its contrast satin lapels and subtle geometric pattern, it’s a timeless look with a suitably understated point of difference (also available in black). 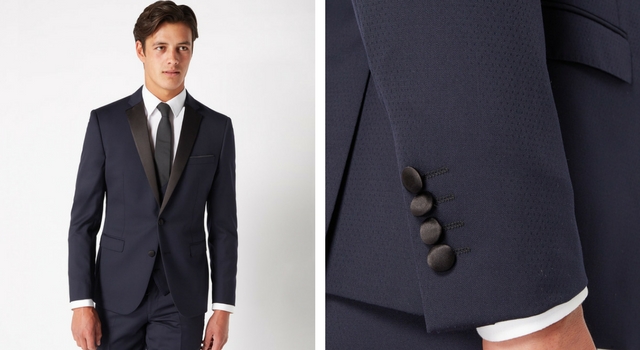 As much as we’d love to make that level of glamour a permanent feature of our wardrobe, life is usually a little more mundane. That doesn’t mean you can’t add a twist to your work wardrobe with something more heightened. A statement suit is fantastic for a networking event or that all important presentation. Make sure all eyes are on you with this slim-fit, checked three-piece suit which last month GQ named as one of their favourite new pieces. 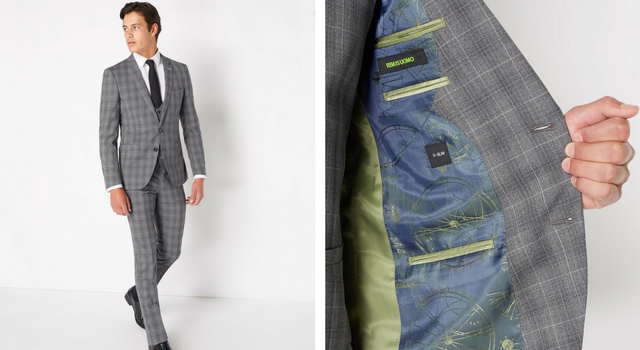 Now, for accessories; sadly, we can’t offer you an arsenal of gadgets and weaponry disguised as various accoutrements of the modern man’s wardrobe. We do, however, understand that the correct accessory can be a lifesaver for any outfit.

For prime Kingsman-esque cuts, we recommend our wool-silk houndstooth ties, microfibre pocket squares and, for those high-end occasions, a geometric-patterned dickie bow. 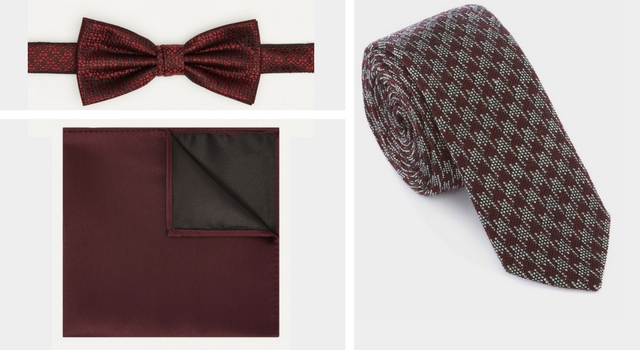 Finally of course, no Kingsman would be caught dead without his brogues – our own set don’t come with a spring loaded blade in the toe but they are made from the highest quality leather and perfect with any formal look. 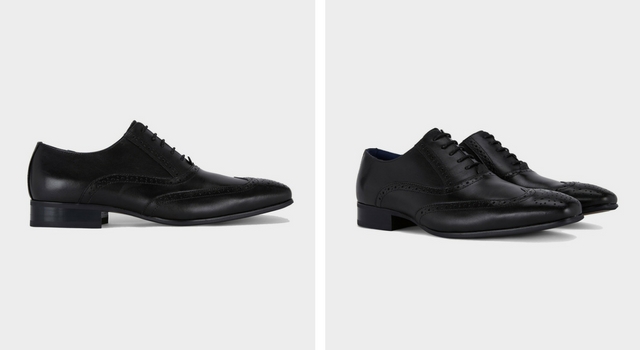 Kingsman: The Golden Circle hits cinemas this week in the UK and Ireland. Let us know what you think of the movie (and the outfits) on Facebook, Twitter or Instagram @remusuomo